In order to answer this question, first, we have to make distinction between pain and suffering.

Imagine that you have bought a beautiful framed picture and you are just up to put it on the wall. You position the nail to the marked spot on the wall, lift the hammer, but a sudden sharp noise distracts your attention and you hit your thumb with the hammer instead of the nail. Abruptly, you feel a sharp pain.

Just in a few seconds, a chain of self-referencing thoughts emerges: ‘What a fool I am! I should have been more careful. Oh, it hurts so much! What am I going to do now? What if I am not able to work tomorrow? I won’t be able to type, I’m sure. How will I explain it to my boss?’ – and it goes on and on. This is suffering.

The physical pain is real, but the suffering is optional.

When this string of selfing thoughts, which is a story put onto the experience of pain, is seen for what it is, and not believed or taken seriously, then what is left is just the raw experience of pain in the thumb.

Suffering is the byproduct of a belief in the illusion of the self, who ‘lives’ separately from the rest of the world. When the ‘I’-thought is seen through then there is nobody who could suffer from anything.

From the point of view of the separate individual the suffering seems very vivid and real, because all the thoughts that generate suffering are believed. Like in the movie analogy, when the character identifies with its role, all the happenings in the movie of the flow of life are taken very seriously. As the story of its life plays itself, the character is just tossed around in the endless waves of the ocean being at the mercy of the elements.

When the story is seen through, it becomes translucent and loses its sharpness and seriousness. It becomes lighter and entertaining as a movie intended to be. Even if the story takes a ‘darker’ turn in the form of sickness or some kind of loss – pain, sadness, frustration or anger may arise but they cannot stick to anywhere and linger, since there is no ‘me’ to stick to, who could suffer from them.

Suffering is optional.
Without believing thoughts, there is no suffering.

After seeing that there is no ‘I’ to be found, the story of ‘my’ life could still arise. There is no way to ‘step out’ of the movie itself, since the one who could step out is just a fiction. But it can be seen that the movie is just an aspect of life, how wholeness shows up in a given moment. 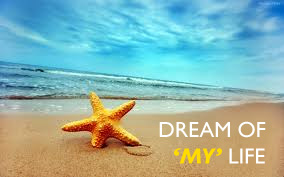 When this is clearly seen the thoughts and the story itself lose their mesmerisation, their stickiness. In the play of life, the appearance of the character still arise but without being taken too seriously. The character is seen for what it is… just another thought which seems to claim ownership of other thoughts.

And yet, wide range of emotions could still arise, like sadness, pain, happiness or satisfaction, but without an owner who would claim to be sad, happy or satisfied. Emotions come and go, free freely floating, without being anchored to anything or anyone.

However, when the ‘story of me’ is taken for granted, when it is not seen for what it is, simply thoughts floating by, the ‘I’ seems to exist as an enduring, real, living entity with volition and autonomy, who moves through time and space from a defined beginning, called birth, to an unforeseeable end, death.

But in reality, if you pay close attention to thoughts, not by thinking but by looking, you could discover that the character, the ‘I’, is born and dies with each and every thought in each and every moment.

If we view our lives as a movie projected onto the screen which could be watched from the distance, like watching a movie in a cinema, then there is an implied subject-object split. I, the watcher being the subject, who is observing the object, the movie of ‘my life’.

“…it is a multi-dimensional movie, being viewed from within the movie, not being viewed by a viewer from outside.”

“There is nothing outside of the movie. There is only the movie and the present registering of it from ‘within’ the movie.”

In this three-dimensional movie, when the thoughts are seen for what they are instead of being lost in their contents, the identification with the character is noticed ‘within’ the movie. All the problems and happenings can be watched, but they are no longer ‘my’ problems. They just appear and disappear as the part of the flow of life. There is no ‘I’ to stick to. Even if the thoughts of ‘my problems’ appear, sooner or later noticing happens, and the ‘me’ disappears from the nothingness where it came from.

There is no ‘me’ at all, not even as an observer, who could step out of the story and watch it from the outside. Watching just happens. And nobody does it. 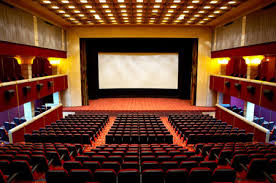 The dream state is often described by the movie analogy. Imagine that you are sitting in a cinema and watching a very exciting movie. You are so immersed in the story that you even forget that you are in a cinema. It is so entrancing that you totally forget about yourself and ‘become’ the character on the screen. You can be so identified with the character that it could feel as if you were the hero in the movie. Emotional responses arise in your body (which is sitting in the cinema but you totally forget about it) when the loved one in the movie dies or when the whole universe is saved by ‘you’. This is a dream. A fiction. But you believe it into ‘reality’. At least it becomes ‘your reality’ until you wake up from this mesmerisation when the guy behind you sneezes. But soon, you fall back into believing to be the saviour of the world.

It can be assumed that dreaming is over when the film ends. You leave the cinema and the reality of everyday life is back again. Isn’t it? Or, you just have fallen into another dimension of ‘reality’, dreaming your life story into ‘existence’?

Awakening from the dream is about realising that there is a fictional story, called ‘my life’, with a fictional character ‘me’, projected onto the ‘inner movie screen’, with other characters coming and going and affecting the me-character, whom the story is supposedly happening to.