Many seekers believe if they could successfully get rid of the ego then they would achieve ‘liberation’ or ‘enlightenment’. But what is the ego?

Some ‘spiritual teachers’ talk about the ego, others avoid using this word for various reasons. But even those who mention it, they also frequently emphasise that the ego is just a mental construct, nothing real – and yet, it is so often misunderstood…

When we hear or read something, there is an unconscious tendency to ignore everything that does not fit into our worldview or belief system, and spot all words or comments that can be moulded into our framework by projecting our beliefs onto those words. As a result, we perceive these teachings coinciding with our convictions. 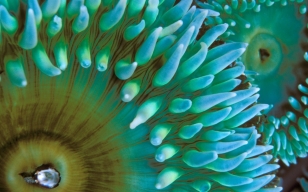 Seekers often say things like this: “My ego wanted to convince me that I should do this. …. I’m slowly shedding my ego but it’s holding on for its dear life… But I know it won’t win, the chains are already broken.”

In these types of statements the ego is assumed to be real, as if the ego was a tangible entity, accompanied by another unexamined assumption that there is a ‘me’ somewhere sealed behind the skin, over which the ego can have full power. The ‘real me’ or ‘my higher self’ is under the tyranny of the ego that needs to be liberated. The war is on…

But when I want to conquer, get rid of, change, manipulate or transform something, then the result could be quite the opposite that was hoped to be achieved in the first place. The mere resistance strengthens what was intended to get rid of, because nothing can be resisted without believing in it first. So, the ‘thing’ is being believed into ‘reality’, and now there is a war against it. But war against what?

The battle is only between mirages.

Ego = me = I = self
There is no difference between them, and none of them is real.
You do not have to get rid of the ego.
Who would get rid of it? The ego?
A thought cannot get rid of anything.

When it is seen that the whole story about the ego and its clinging to ‘its life’, are just simple appearing thoughts nothing more, then the seeking can end. There is no difference between the thoughts of “I’m thirsty, therefore I drink a cup of tea” or “I’m slowly shedding my ego, but it’s holding for its life”.

A thought is ‘real’ only as an appearing thought, but never its content.

13 thoughts on “Getting rid of the ego… is it possible?”